SIGN IN
SESSION EXPIRED
We appreciate that your browser hung out with us for so long, but your session has expired! If you want to register, we need to refresh your connection. We limit session time to 30 minutes for your security and to free up unused registration slots for others.
SESSION EXPIRED
Your session on this page has expired. We expire your session to protect your information in case you sit on a page too long with no activity.
Please enter your access code!
✕
AMSR@EDC.ORG
✕
SAVE TO CALENDAR
✕
Click to save this event to your calendar!
LINK TO EVENT
✕
Click on the field below and copy this link. Use it anywhere to link directly to this event.
SHARE
✕
Share 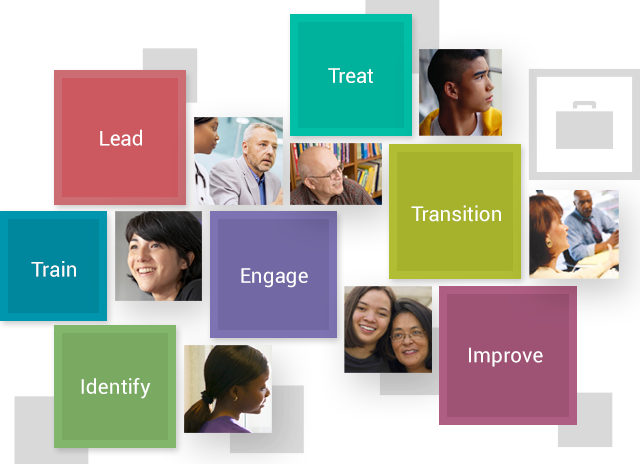 Applications are open for the Colorado office of Suicide Prevention: Two options available!

The Zero Suicide Academy is a two-day training for senior leaders of health and behavioral health care organizations that seek to dramatically reduce suicides among patients in their care. Using the Zero Suicide framework, participants learn how to incorporate best and promising practices into their organizations and processes to improve care and safety for individuals at risk. Zero Suicide faculty provide both interactive presentations and small group sessions, collaborating with participants to develop organization-specific action plans.

The objectives of the Zero Suicide Academy are to:

» Provide organizations interested in adopting a Zero Suicide approach with the skills and information necessary to launch their effort;

» Create collaborative links between the organizations launching these initiatives in order to provide mentorship and support so that the perspectives, knowledge, and skills of each inform the work of the others; and

» Aid in developing implementation plans for the Zero Suicide initiatives at each participating organization.

Zero Suicide is a key concept of the 2012 National Strategy for Suicide Prevention (NSSP). The NSSP calls for suicide prevention to be a core component of health care services and for the implementation of effective clinical and professional practices for assessing and treating those at risk for suicide. Objective 8.1 specifically promotes the adoption of “zero suicides” as an aspirational goal by health care and community support systems that provide services and support to defined patient populations.

Zero Suicide is a priority of the National Action Alliance for Suicide Prevention (Action Alliance). The Action Alliance is the public-private partnership advancing the NSSP by championing suicide prevention as a national priority, catalyzing efforts to implement high-priority objectives of the NSSP, and cultivating the resources needed to sustain progress. Zero Suicide builds on the momentum of the 2011 report released by the Action Alliance’s Clinical Care and Intervention Task Force, Suicide Care in Systems Framework.

Colorado has recognized the benefits of this health system model, and in 2016, the Colorado General Assembly passed Senate Bill 147, which encourages all health settings to implement this framework. The Colorado Suicide Prevention Commission has identified Zero Suicide as a priority for regional crisis system organizations, community mental health centers, as well as community health centers, integrated care facilities, substance use treatment facilities, and large hospital systems. The Zero Suicide initiative is but one element of a comprehensive community-based approach to suicide prevention in Colorado.

Only Colorado health systems (mental, physical, behavioral) are eligible. Applicants are to come with a team of 4 individuals, including the person identified as the lead for the system’s Zero Suicide initiative. Recommendations for team composition include:

»      At least one senior leader/management (irrespective of discipline area).

»     Teams are also strongly encouraged to include someone with direct lived experience of suicidal despair or attempt.

All organizations wishing to be considered for the Zero Suicide Academy must submit the application by the due date of June 14, 2021. Although applications will be reviewed as they come in, with some priority to first-come, first-serve; priority will also be given to teams or systems that have NOT attended a Zero Suicide Academy previously. Applicants will be notified of their Academy acceptance no later than Friday, June 18th.

You will be able to choose your Academy participation dates at the end of the online application process.